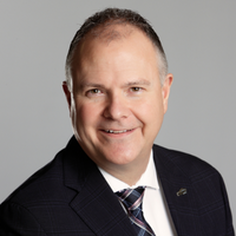 John Wilson • Chair
John Wilson is the President and CEO of The Wilson's Group of Companies. Wilson’s has been an active member of the Greater Victoria Business and Tourism community for 40 years. Since its creation, Wilson’s has grown to be one of the largest and most diverse ground transportation companies and an industry leader in British Columbia. With over 200 vehicles in their fleet, The Wilson’s group of Companies has a variety of service offerings under their umbrella from group charters, sightseeing tours, and scheduled services.

Being an avid sports fan since he was a young boy, John took his love of sports to the next level when he ventured into ownership of some local sports teams in 2014. Currently, John is part of the ownership group of the Victoria Grizzlies Junior A Hockey Club, the Victoria HarbourCats and the Nanaimo Night Owls. John is the current Chair of the Greater Victoria Chamber of Commerce, and Past President of Victoria’s SKAL Club. He also serves as a Board Member of Motor Coach Canada, the City of Victoria’s Economic Development and Downtown Prosperity Task Force, Destination Greater Victoria’s Destination Management and Transportation Committee, as well as the Greater Victoria Sport Tourism Commission Committee. 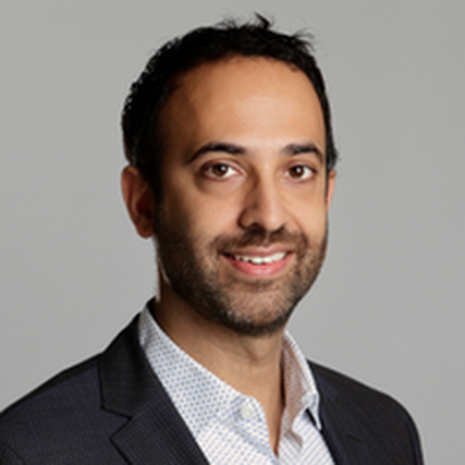 Kris is a former lecturer for the CPA School of Business and treasurer for the Victoria Prostate Centre. Kris began serving on The Chamber’s Board in 2016. Kris is also the Chair of The Chamber’s Public Policy and Advocacy Committee. 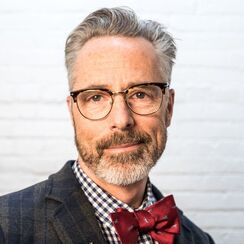 Dan Dagg  •  Past Chair
Dan is President and CEO of H2 Accelerator, Victoria based marketing-communications firms with a regional, national and international client base.

Dan has served on The Chamber’s Board since 2010. 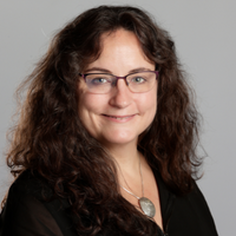 Christina lead implementation of the First Nations Fiscal Management Act for Songhees Nation, helping to achieve the first FMA laws in Canada and first debenture bond issue by the First Nations Finance Authority. Christina has represented Songhees Nation as a board member of the Greater Victoria Harbour Authority and the South Island Prosperity Partnership and on the Mayor’s Task Force on Social Procurement and Social Enterprise for the City of Victoria. She is The Chamber's nominee for the Victoria Esquimalt Harbour Society.  Christina’s second proudest achievement is her contribution to the planning and financing of the award-winning Songhees Wellness Centre. Christina’s proudest moments are with her daughter Katie. Christina is also on The Chamber’s Public Policy and Advocacy Committee and the Finance and Audit Committee.

Christina has served on the The Chamber's Board since 2018. 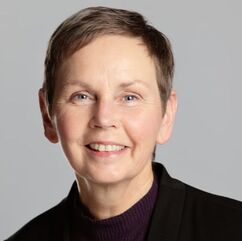 Moira is Chair of The Chamber’s Finance and Audit Committee, and a member of the Public Policy and Advocacy Committee. Moira is past Chair of Community Futures Cowichan. An active volunteer, Moira believes that by supporting the communities where we live and work, we contribute to the health and vibrancy of our local economy.

Attraction and retention of a skilled workforce, housing affordability and safe communities are areas requiring innovative thought and action to reach solutions.


Moira has served on The Chamber's Board since 2019. 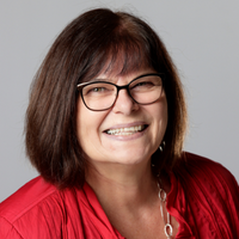 Rose Arsenault • Director
Rose is Branch Manager at Agilus Work Solutions (formerly Talentcor), where she has been advising public and private employers on their recruiting and human resource needs since 1997.

Rose, who was awarded the Chamber Member of the Year in 2019, has been an active member of The Chamber since 2007. She has spent countless hours as a board and committee member — most recently, as an Ambassador providing outreach and assistance to new members.

Rose rejoined The Chamber’s Board in 2019. 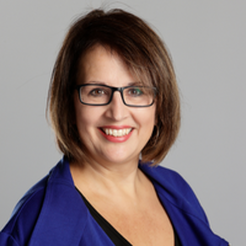 Judith has been a resident of Victoria since 2017 and enjoys involvement within the community. In 2020, Judith took a role as a Board Member with the Greater Victoria Chamber of Commerce.
​
Judith is a Chartered Professional Accountant and holds a CPCC designation, as a Certified Professional Co-Active Coach, where she enjoys working with individuals and organizations on strategic career and leadership development.

Judith is also on The Chamber’s Public Policy and Advocacy Committee and Finance and Audit Committee. 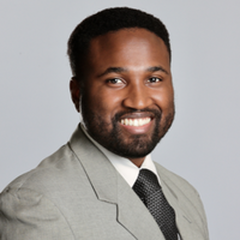 James Gatsi • Director
James Gatsi is a passionate entrepreneur originally from Zimbabwe, and his background is in
information technology services. He is an alumni and former employee of the University
of Victoria.

Today, he is the founder and CEO of CL Web Developers Inc. James and his team
provide digital services to a wide range of local and global businesses. James enjoys the
social aspect of our vibrant business community, and many of his clients and friends are
fellow Chamber members. James also appreciates the hardship of running a business, and he
knows first-hand that the challenges we all face are not equal. As a board member, James
hopes to promote and support initiatives that advance equity, diversity, and inclusion across
Victoria’s business community. 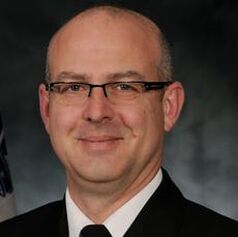 He served on HMC Ships Montreal, Halifax, Vancouver, Calgary and Algonquin before becoming the commanding officer of HMCS Winnipeg in January 2016. Capt (Navy) Hutchinson then worked as Director Naval Strategic Management at National Defence Headquarters in Ottawa before returning to the west coast as Commander of CFB Esquimalt.

He is married to his wife Jin and has two daughters Hayden and Scarlett.

As with previous CFB Esquimalt Base Commanders, The Chamber appointed Capt.(N) Hutchinson to its Board of Directors. He also serves on The Chamber's Public Policy and Advocacy Committee. 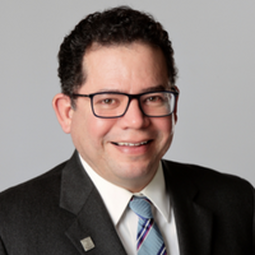 Pedro Márquez • Director
Pedro Márquez holds a doctorate degree from the University of Calgary in Management and Political Science and is the Vice President of Global Advancement, Marketing and Business Development at Royal Roads University. Pedro has been an active member of the community, serving on numerous boards such as the South Island Prosperity Project, West Shore Chamber of Commerce and Vancouver Island Economic Alliance, among others.

An academic at heart, Pedro has worked closely with businesses and the community to capitalize opportunities, synergies and advancement, both in Canada and Mexico. His research is focused on corporate governance, international education, business ethics and NAFTA. Pedro considers regional economic development and small business development as key issues for the future. 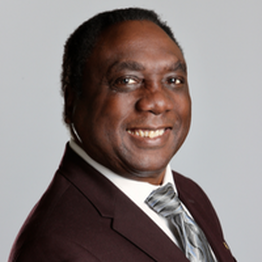 Richard Michaels • Director
Richard Michaels is the president of MACCRIM Solutions, a land development consultant company, specializing in assisting investors, developers and landowners to facilitate and create a vision of well-planned, sustainable, land-use developments. Richard is a collaborative facilitator, providing essential information and detailed initiative support that enables his client's to position their strategies congruent with sustainable land-use development and redevelopment projects, with smart growth potential.

Richard contributes his time to a number of community organizations. Currently, he is serving as chair of the Vancouver Island Better Business Bureau, President of the Victoria Harbourcats Foundation and is a Board of Director at Victoria Rotary Club. He is also a member of the Saanich Planning, Traffic and Economic Development Senior Committee, a Commodore at the Vancouver Island International Rotary Yachting Club, a member of the Victoria Inter-Cultural Association and a member of the Urban Development Institute.

Richard began serving on The Chamber's Board in 2021, and he is a member of the Ambassador Committee.
​
^ Back to Top 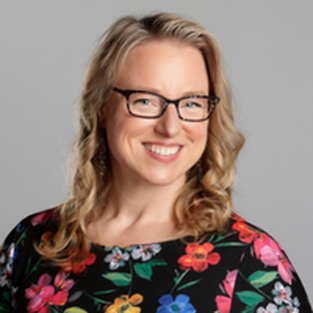 Ann Squires Ferguson • Director
Ann Squires Ferguson is a true cross-pollinator, with twin degrees in Interior Design and Electro-Mechanical Engineering. She comes to the design industry via the Canadian Navy, where she specialized in shipboard weapons and the audio engineering field, with a focus on the Asian Karaoke market.

As CEO of Western Design+Build, Ann leads an all-female team specializing in Commercial Design + Build. An avid community connector, Ann is past chair of the Interior Designers Institute of BC, Vancouver Island Chapter; and has led Western’s engagement in multiple pro bono projects with local non-profit organizations, serving Cool Aid, Our Place, GVHS, the Victoria Immigrant and Refugee Society and Habitat for Humanity. At home, Ann is a proud military spouse and parent of ten-year-old twins Daring and Danger.

Ann began serving on The Chamber's 2021 Board, and is a member of the Ambassador Committee. 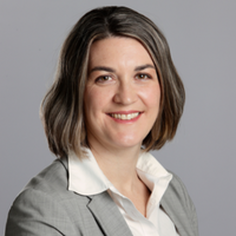 Jessica moved to Victoria as a child from Winnipeg. She briefly stepped off the Island to pursue her love of the culinary arts. Before coming to ONC, Jessica worked as the Marketing and Communications Manager for Berwick Retirement Communities, cultivating Berwick’s ‘vibrant living’ vision.

Given the world’s climate crisis, Jessica is excited about the ONC-led project Solid Carbon, a global climate mitigation solution that can help meet planetary climate targets. Jessica is leading the Investor Acceptance aspect of this international, leading-edge initiative.


Jessica was elected to The Chamber Board for 2022, and will also serve on the Public Policy and Advocacy Committee.

Paul van Koll is a Partner at Dusanj & Wirk Chartered Professional Accountants. He graduated from the University of Victoria with a Bachelor of Commerce degree and is a CPA, CA. He has more than a decade of experience providing assurance and taxation services to owner-managed businesses, individuals, and not-for-profit organizations.

Paul enjoys giving back to the community. In addition to the Prodigy Group committee he also serves as the Treasurer for both the Family Business Association Vancouver Island and the Garth Homer Society.

Paul is happy to be living in Victoria and excited to make connections, continue advocacy efforts and bring new ideas to the Chamber Board and the Prodigy Group Committee. He is also on The Chamber's Finance and Audit Committee.